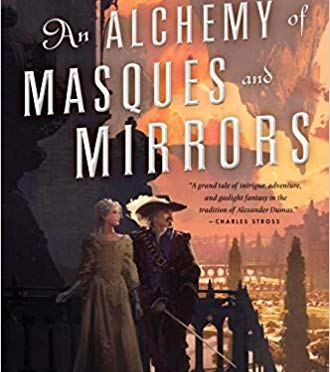 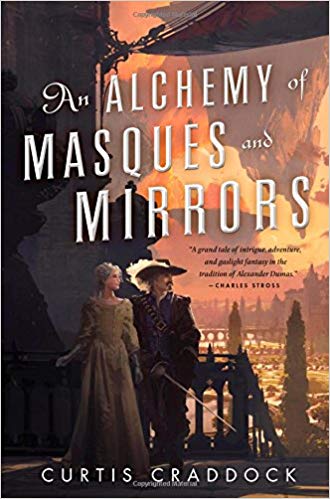 An Alchemy of Masques and Mirrors by Curtis Craddock

Princess Isabelle is misshappened, cursed, and discarded by her own family, yet she is the precious culmination of centuries long planning and the lynch pin of a breeding program.

When she is forced into a political alliance with a neighboring country, she must carve out her place among warring princes, a greedy queen, and the church.

I really enjoyed this book; however, it has one issue that drove me nuts. In this world, women have no identity outside their husband or father. Blah. In one country, that ownership is used to degrade the women, and the next the men dote on their wives, but either way, women gain their identity through the men they are attached to and their ability to have children. That’s the big negative. It’s a big enough negative that at one point I considered putting the book down.

Why did I give it 4.5 stars then? Because once the issue of women is put aside, this is a fun adventure. I initially picked it up because the first chapter is set on an air ship (think masts and sails). I want a sky-faring adventure of exploration and intrigue. I was sorely mistaken, as most of the story happens on land, but I definitely got intrigue. There is no limits on what might be set on fire, exploded, stabbed, shot, or manipulated. There are crown politics, tavern dealings, and mistaken identities. Princess Isabelle’s chief protector is a scoundrel who is not a scoundrel. Her best friend is a lifeless corpse, kind of. Her future husband has been broken, remade, and replaced, and he may or may not be trying to kill her. Some buildings are destroyed, some carriages exploded, and the church has underground labyrinthine catacombs.

This was a fun adventure.