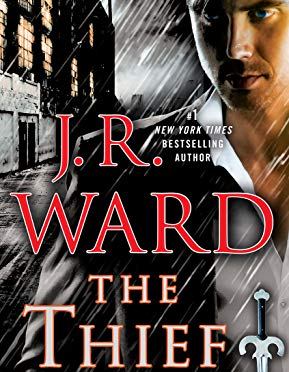 Summary: Assail’s mind is broken after withdrawing from cocaine, and his cousins have gone to retrieve his love, Sola. Sola returns reluctantly, fearing that she will be pulled back into the illegal life of drug trafficking and theft.

Why I chose this book:

So over the winter of 2018/19, I decided to reread  bunch of series that I have loved. The Blackdagger Bortherhood is one of those series. I hadn’t read any of this series since about 2012, so I had a lot to catch up on.

One of the things that pulls me toward this series is the family feel to the characters. This is not one of the series, where the reader falls in love with a couple then moves on. Instead, the characters layer on top of each other. When a new couple is introduced, the old couple is still there and dealing with their own problems, whether that is broken relationships, babies, or rekindling desire.

When I added this series to my list of rereads, I added it to my “dark romance” list, but after rereading it, I think I would remove it from that list. Yes, the series still has a gritty, street feel to the world. Yes, it deals with “dark” topics like drug addiction. Yes, the vampires are still drinking blood. Yet, overall, the good guy wins, there is a lover waiting in the wings for even the bad guys, and death does not truly touch the main group. I believe the “dark” part of this series is mostly in the earlier books with the major death in book 1.

I gave this specific novel in the series a 3.5 because the series has a couple of turning points that break my interest. For instance, from the early books in the series, John Matthew, Blay, and Quinn are major minor characters. Their love stories are drawn out over multiple novels and kept me very interested watching the developments while enjoying the other stories. Then each of them gets their featured novel, and it felt like the ending of an era. Then in the middle of the series, Layla finds the man she is drawn to, and there is some drawn out tension before her featured novel, but again her featured novel closed a big door on the building tension in the series. Next, we ran out of Black Dagger Brothers, and the series switched to the trainees. Again, it jolted the quality of development in the series. Then Saxton, who is broken in Lover At Last, magically finds his mate with no drawn out relationship for him. Anyway, all the little breaks make me less and less invested in the overall series, but the series is still great. Each novel gives the happily ever after for the core couple, which is what I want when I sit down to read a romance. The rest of the team is in each novel, so I get a “fix” of the characters I already love.

On a critical point, the novels are almost too much about the other characters. Each novel has less of the main couple, and the plot lines around the main couples are becoming very straight forward. However, I would still pick up this series and read it from book one sometime in the future.