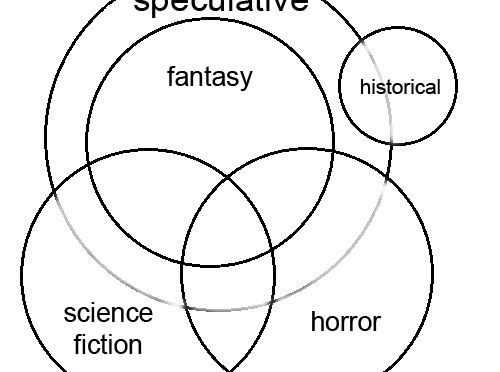 In 2016, I attended WorldCon, which is a convention put on by the World Science Fiction Society.  At the convention, they talked a lot about genre fiction and the future of sci-fi and fantasy particularly. That has me thinking recently.

Some of the speakers talked as if genre fiction is looked down upon. When I goggled genre fiction, I came across this article at the Huffington Post. The author agrees, saying “There are certainly high brow literary readers who believe that genre fiction does not deserve any merit. Then there are the types who exclusively read one or two subtypes of genre fiction and automatically classify any “serious” works of literature as pretentious or boring.” Sadly, I think I lean toward the genre fiction over literary, but I didn’t even realize there was this animosity out there.

The Huffington Post article argues that one factor separating genre fiction from literary is the memorability of the story. It says, “But do they [genre fiction] provide a means to stay inside reality, through the trials and tribulations of every day life, and deliver a memorable experience that will stick with you emotionally for the rest of your life? In my opinion, no. The works that are well written by genre writers are the ones that provide the best form of entertainment and escapism that fiction has to offer.” The article mentions a bunch of genre and literary writers.  When I read the lists of names, I could only remember the stories from the genre writers even though I have read many of the names on the literary list. That suggests to me that the memorability of a story has less to do with a “literary” designation and more with a person’s interest in reading.

The article also argues that “The main reason for a person to read Genre Fiction is for entertainment, for a riveting story, an escape from reality. Literary Fiction separates itself from Genre because it is not about escaping from reality, instead, it provides a means to better understand the world and delivers real emotional responses.” Again, I disagree in part. There is a significant portion of genre literature that is escapism, but there is also a part that comments on society, human nature, and our perceptions. Part of the underlying current at WorldCon revolved around the prevailing view published by the scifi/fantasy industry and opening the genre readership to novels that had expanded world views. This New Yorker article argues that some of the genre literature is not actually genre literature. It specifically says, ““All the Pretty Horses” is no more a western than “1984” is science fiction.” This strikes me as odd. Finding that a novel is not genre because the novel, which would fall under genre in general, has a story line is acceptable in “literary” circles, that lacks logic. It suggests literary and genre fiction are two total separate areas whereas I believe they are more of a venn diagram with overlapping areas.

A while back I discovered this Venn diagram by Annie Neugebauer which I thought was brilliant.

Anyway, I think one more overlapping circle could be literary. There is no reason to pull a genre novel from the genre when it could just as easily be both genre and literary both.

All this comes down to:

As an average reader, I never cared or distinguished genre from literary.

As a new writer, all the attempts to classify and shove books in specific categories is annoying.

As an amateur market watcher, I understand why the book selling industry categorize novels into a specific pigeon hole particularly when bookstore shelf space prevented placing a book in two sections, but with the growing electronic book sales, there is no reason books have to shoved into a single category, especially when my understanding of fiction is much more overlapping and mingled than what the old classifications allow.